Our leadership team and board of directors guide ABJHI core responsibilities through policy and strategic planning.

With our main office in Calgary and a satellite office in Edmonton, our team focuses on making tangible improvements in the health of Albertans and the health system.

We don't deliver care to patients directly but we act as change agents, collaborating with numerous organizations and individuals on improving research and healthcare services. Acting together, innovative evidence-based bone and joint health knowledge is shaping the well-being of our community.

About our diverse health partners. 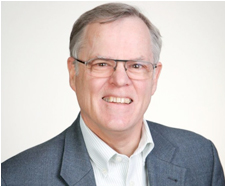 He works with ABJHI’s Board of Directors to set business priorities that are aligned with our mission and mandate. He also ensures ABJHI has effective financial controls and meets all regulatory requirements related to our work and to our status as a charitable organization.

Martin is a biomedical engineer and credentialed clinical scientist. In addition to his role with ABJHI, he holds senior administrative and academic positions at University of Alberta, including Vice-principal, Peter Lougheed Leadership College, Vice-provost (Strategic Initiatives), and Professor in Rehabilitation Medicine. His academic career has centred on studying secondary complications of physical disability and their causes to reduce their incidence.

Martin holds a BSc in physics from Exeter University and a PhD in biomedical engineering from the University of Strathclyde in the United Kingdom. 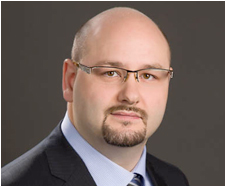 Important aspects of his role are managing the processes and sophisticated information systems that support innovative change in health care service delivery, and guiding ABJHI’s efforts to support service providers and administrators in implementing change.

Christopher is charged with ensuring continued operational excellence for all technical aspects of ABJHI’s operations, including its information systems, measurement and analysis functions, data security and governance, as well as internal and external reporting.

He holds an MBA from the University of Calgary and has spent more than a decade driving quality improvement in bone and joint health care in Alberta. 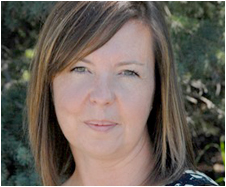 An important part of Liz’s role is to develop optimal strategies with the BJH SCN for encouraging innovation in health care service delivery, and to guide ABJHI’s team in helping service providers and administrators to implement change.

Prior to joining ABJHI in 2010, Liz coordinated the deployment of electronic medical records in clinics across Alberta. She has experience in managing client relations, implementing business solutions, and fostering customer loyalty.

Our Board of Directors 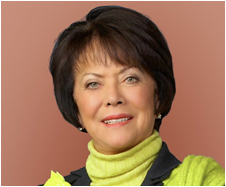 As the Honorary Chair of Alberta Bone and Joint Health Institute, Ann is committed to continuing the work of her late husband, J.R. (Bud) McCaig, who founded ABJHI in 2004 with a donation of $10 million. Ann and Bud were married for 21 years and shared a vision to build a world-class health and medical system in Calgary.

Ann is well-known for her commitment to the not-for-profit sector and, in particular, her passion for youth, education and health. She serves as Chair Emeritus of the Calgary Health Trust and the Calgary Stampede Foundation and as Chair of the Alberta Adolescent Recovery Centre (AARC). She is also Chancellor Emeritus of the University of Calgary, a Director of the Gairdner Foundation, and a former Trustee of the $400-million Killam Estate.

Over the past two decades, Ann has led several large capital campaigns for major institutions in Calgary. She was Co-chair of the Alberta Children’s Hospital campaign, helping to raise more than $52 million to build a state-of-the-art pediatric facility in Calgary, and chaired a campaign that raised $9.6 million for AARC. 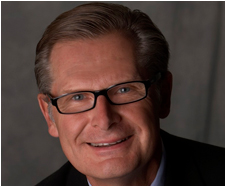 As a founding member of ABJHI and Chair of the Board since 2019, Don has played a significant role in establishing the institute as a catalyst for better ways to deliver public health care to Albertans suffering from bone and joint disorders.

An orthopaedic surgeon, Don is active in medical practice, teaching and professional service.

He specializes in adult joint arthroplasty (repair and replacement of joints) and in general paediatric orthopaedics (treatment of musculoskeletal disorders in children). Located in Edmonton, he is Alberta Health Services’ Senior Medical Director, Health Outcomes, and prior to that was the Senior Medical Director for AHS’ Bone and Joint Health Strategic Clinical Network.

Don is also Assistant Clinical Professor in the Division of Orthopaedic Surgery, Faculty of Medicine and Dentistry at the University of Alberta. He served on the Board of Directors of the Canadian Orthopaedic Association, and is Past-President of the Alberta Orthopaedic Society. 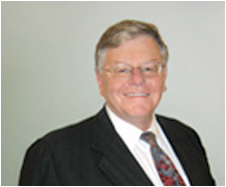 Roger has had a distinguished career in education and in the Alberta public service, serving in the position of Deputy Minister in four departments, including Health and Wellness. He now provides management consulting services in health care, education and information technology.

Appointed Deputy Minister of Alberta Health and Wellness in 2002, Roger focused his efforts on improving health information and health care delivery and creating the provincial on-line Waitlist Registry and the first provincial electronic health record in Canada. He also negotiated the agreement with physicians and health authorities that created Primary Care Networks to modernize family medicine.

In 2005, Roger was appointed Interim Dean of the School of Public Health, University of Alberta. In 2009, he joined the university’s School of Business as Director of the MBA Public Policy and Management Specialization and Director of the Centre for Effective Business Management of Addiction Treatment.

He is Chair of the Alberta Centre for Child Family and Community Research, a director of the Edmonton Economic Development Corporation, and Chair of the General Insurance OmbudService of Canada. 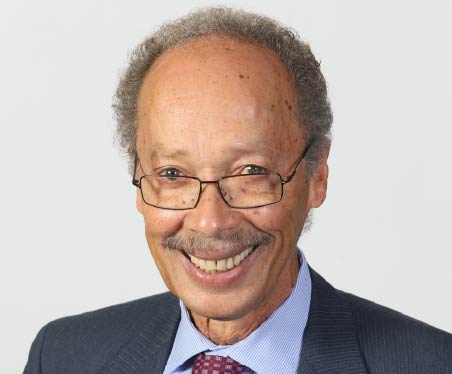 Dr. Fields is MacEwan University's first chancellor. He is chair of the Provincial Advisory Council on Cancer of AHS and also sits on the board of advisors of the Peter Lougheed Leadership College and the board of directors of MagnetTx Oncology Solutions. He is the past Chair of the Health Quality Council of Alberta. On the inter-provincial scene, he is the Chair of the Strategic Executive Advisory Council of the Canadian Cancer Trials Group. He was the inaugural Chair (2011-2016) of the Expert Review Committee of the pan-Canadian Oncology Drug Review, and a past board member of the Canadian Association of Provincial Cancer Agencies. He was also previously involved at the governance level of several voluntary and professional organizations, including the former National Cancer Institute of Canada (board member, President), the Canadian Cancer Society (national board member), the Canadian Association of Medical Oncologists (President) and the American College of Physicians (Governor, Alberta Region).

Dr. Fields has been recognized for his work by several awards including an honorary doctorate from MacEwan University, honorary degrees from Athabasca University and the University of Alberta, the Distinguished Alumni Award of the University of Alberta, the R.M. Taylor Medal and Award of the Canadian Cancer Society and the National Cancer Institute of Canada, and the Jill M. Sanders Award of the Canadian Agency for Drugs and Technology in Health. In Alberta’s centennial year he was named one of Alberta’s 100 Physicians of the Century. In 2012, he was appointed a Member of the Order of Canada. 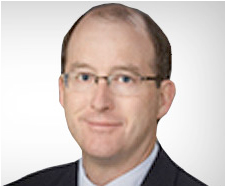 Ian has been a member of the ABJHI Board of Directors since its inception in 2004, serving as Chair until 2019. He assumed his position after serving as Treasurer and a Director of the Western Orthopaedic and Arthritis Research Foundation, the predecessor to the Institute, for 15 years.

Ian is Vice-President and Chief Financial Officer of Bow City Power Ltd. He is a member of the Institute of Chartered Accountants of Alberta and the Canadian Tax Foundation.

He has served on various committees of the Canadian Association of Petroleum Producers, the Independent Petroleum Association, and Social Venture Partners, which applies a venture capital model to philanthropy. 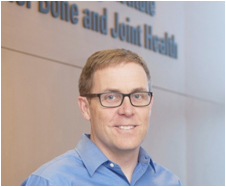 His research is in orthopaedic biomechanics focusing on the adaptive changes to tissues that occur following joint injury or disease with particular interest in bone. He has authored more than 100 papers, and is the Bob and Nola Rintoul Chair in Bone and Joint Research, the McCaig Professor in Joint Injury and Arthritis, and an Alberta Innovates – Health Solutions Senior Scholar. 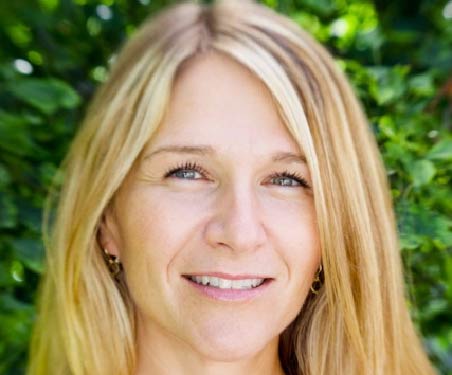 With more than a decade in executive leadership positions in the public and post-secondary sectors, Karen had led and championed complex initiatives, guided organizations through transition and change, and built long-lasting local, national and international relationships rooted in multi-sector engagement. Karen was a key driver in the realization of Edmonton’s Health City, a multi-stakeholder economic development initiative launched in 2017. Over the course of her career, Karen has worked to advance the provincial and national science, research, and innovation agenda and has secured funding for new national programs and major capital projects. Karen has also served as Associate Vice-President (Government & Corporate Relations) for the University of Alberta and was seconded to the Government of Alberta to serve as Assistant Deputy Minister (Operations and Machinery of Government) in Executive Council.

Karen is currently the CEO of the Edmonton Metropolitan Region Board where she works with the 13 member municipalities that make up the Board to implement the region’s 30 year growth and servicing plans. She is also the Founder of Deep Strategies Inc. Karen serves on the Glenrose Hospital Foundation Board, ST Innovations Business Advisory Board and Covenant Health's Growth and Innovation Board. 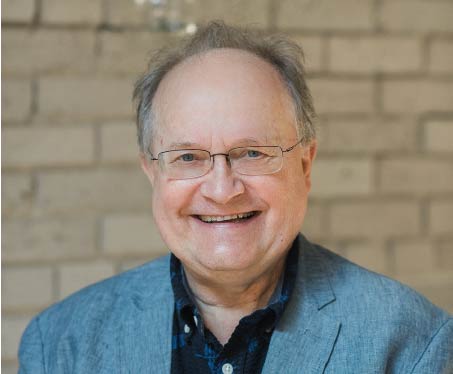 Professor Goebel's theoretical work on abduction, hypothetical reasoning and belief revision is internationally well known; his recent research is focused on the formalization of visualization and explainable artificial intelligence (XAI), especially in applications in legal and medical reasoning. He has worked on optimization, algorithm complexity, systems biology, and natural language processing, and automated reasoning. 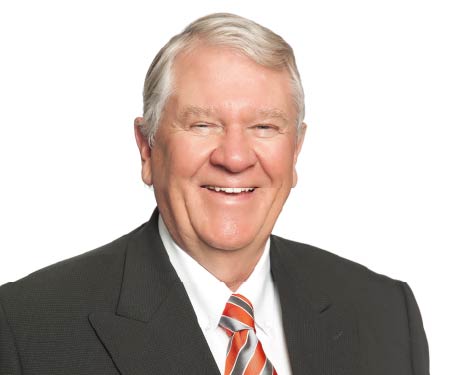 Murray serves as a Director of Williams (WMB.NYSE), Surge Energy (SGY.TSX) and a number of private companies. He is President of Murray Smith & Associates Limited, providing strategic advice to clients in the North American energy sector. He currently serves as chair and patient representative for the Alberta Bone and Joint Health Institute's MAP to MOTION Governance Committee. Murray Smith is a past member of the Energy Advisory Board of TD Securities Inc. and the Advisory Board of Hatch, a Canadian based, global engineering firm.

Murray was appointed as the first Official Representative of the Province of Alberta to the United States of America in 2005. Murray was an elected Member of the Legislative Assembly of Alberta, Canada and served in four Cabinet portfolios Energy, Gaming, Labour and Economic Development over a 12 year period. As Minister of Energy (2001 to 2004), Murray was responsible for gaining global recognition of Alberta’s 176 billion barrels of established oil sands reserves.

Before running for elected office in 1993, Murray was an independent businessman, owning and operating a number of Alberta-based energy service companies including drilling fluids, service rigs, oilfield contracting and consulting.

Murray is the recipient of numerous awards, including being named as one of the Top 40 Alumni in the past 40 years at the University of Calgary. Murray was recognized as one of Alberta Venture newsmagazine’s 50 most influential Albertans (2006). Murray was also recognized for his work with First Nations in Alberta and is named “Seven War Bonnets Man”.

Murray is a past Director of the Calgary Stampede Board and the TELUS community Giving Board.

A graduate of the London Business School’s Senior Executive Program, Murray also holds a B.A. (Economics & Political Science) from the University of Calgary. He is a graduate of Notre Dame College in Wilcox, Saskatchewan.

Be a source of truth for improving bone and joint health of Albertans through collaboration with patients, clinical professionals, researchers, healthcare professionals and government.